Are ACL Tears More Common on Grass or Synthetic Turf?

Are ACL Tears More Common on Grass or Synthetic Turf?

In sports, the number one and number two concerns of a coach are the players and the playability of the field. This is also the concern of field managers and those that maintain the turf as it seriously affects how the game is played – from it being too soft, having debris or long grass, or even being too hard.

One of the most common injuries in sports is an ACL tear. Studies have been conducted as to whether these injuries are more common on grass or synthetic turf. Which one is better and which one should field managers consider for their own turf?

Grass Vs. Synthetic Turf for Playability: Which One Is Better?

When it comes down to it, study after study has found that ACL injuries are more common on synthetic turf than on grass. Even though studies have shown how more common injuries happen on synthetic grass, there’s not been enough study done to determine why and how real grass is more beneficial and less harmful to players.

There are some theories as to why grass contributes to fewer injuries than synthetic turf: The weather might have a lot to do with the texture and solidity of the field. Fields with synthetic turf have been thought to be slipperier when wet than real grass as real grass absorbs more moisture. The speed of play might be seriously increased because of a uniformed playing field that is created from synthetic turf. Playing faster means an increased risk of injury. The hardness of the field also might have an impact, as artificial turf is often harder than real grass.

Should Players Be Concerned about Playability of Fields?

Players, managers, and coaches should always be concerned about the playability of their fields. This means being involved in whether a field should be synthetic or real grass. Since studies show that ACL tears are more common on synthetic turf, real grass is a beneficial option for athletes.

Concerns for Playability of Fields for Players Are Valid

Concerns for the safety of players on fields are valid when it comes to the playability of fields. Despite the fact that it’s unclear why superficial turf leads to sports injury like ACL tears, studies have shown that there is an increase, and there is validity to player concerns. Whether you decide to maintain or fix your turf or plant new grass, Modern Turf has experts that will help you every step of the way so that you can have the best field possible for athletes. 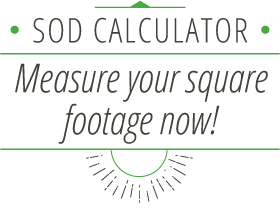